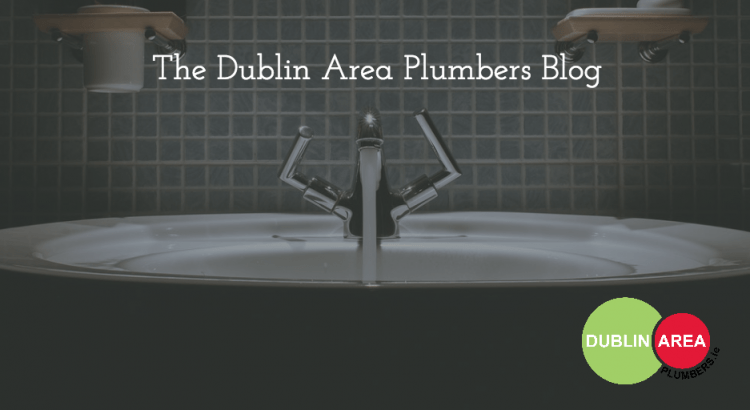 It’s been a while since the last Dublin Plumbers blog post. It gets so busy around here that it’s difficult sometimes to take time out to update the Dublin Area Plumbers website. With that said, here a just a hand full of examples of work carried out by Dublin Area Plumbers over the last few months. 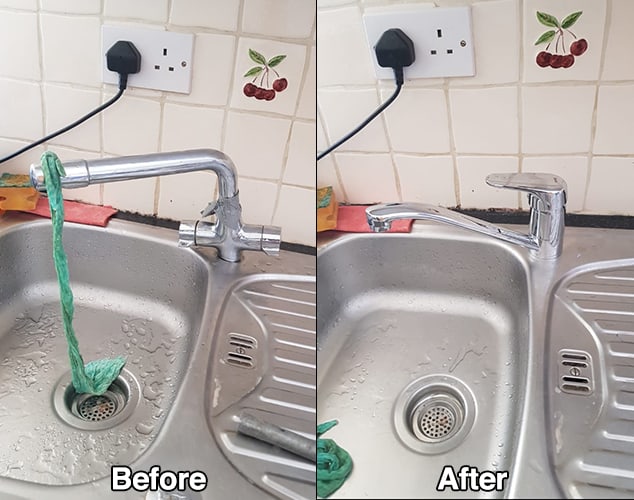 Kitchen sink mixer tap replacement is a very common call for plumbers, certainly for Dublin Area Plumbers. This one was in a flat in Cabra Dublin 7. It had gotten so bad the bolts underneath had completely corroded and it was constantly dripping. It started dripping so bad the customer had to wrap a cloth around the spout to stop the noise at night.

Running or dripping taps can normally be repaired but this tap was in such bad condition it was decided just to replace it. Apparently, this tap had been dripping for over a year before we replaced it. 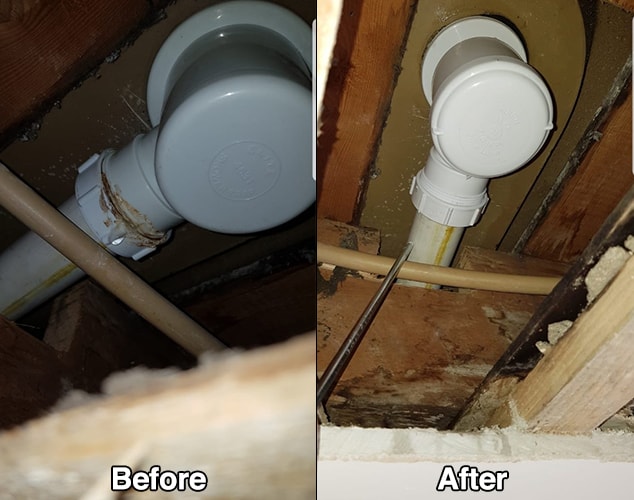 This plumbing problem was in a rented house in Irishtown. The tenant complained of water dripping down into the kitchen below everytime they had a shower. Previous attempts had been made to repair the leak by putting silicone around the shower tray and shower door but to no avail. A simple test can be carried out to locate the source of a leak in a shower or a bath by simply running the shower or bath directly into the base and making sure no water hits the tiles or seal around the tiles. If the leak starts again during that test then you know that the leak is coming from the waste. Leaks from wastes are unusual, as most of the time when a shower or bath leaks down into lower floors it comes from the tiles or silicone seal.

In this case, the shower tray was sitting on the timber floor and the waste was running through the floor joists. This meant that the only option was the cut through the ceiling below to access the waste pipe. The shower waste pipe had not been tightened properly into the shower trap and had been leaking since the day it was installed but got progressively worse over time. To make sure that it wouldn’t leak again, a new shower trap was also installed. 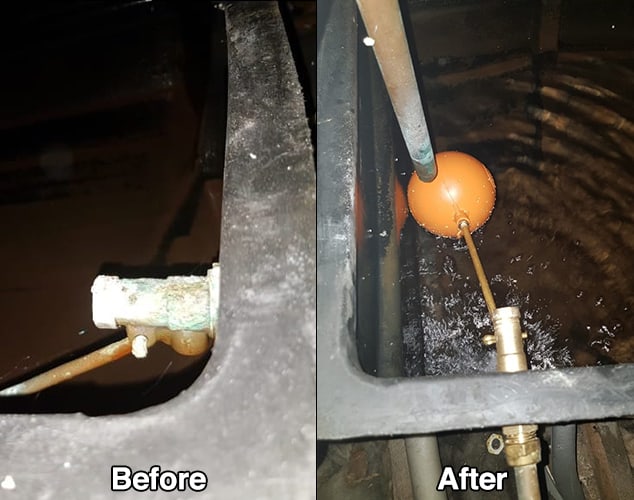 This is one of the most common jobs we do here at Dublin Area Plumbers. Not a week goes by without having to replace a ballcock. These days storage tanks can be in hot presses of apartments or in the attics of houses or on break tanks in the basements of apartment blocks or office buildings. This storage tank ball cock was in the sweltering hot attic of a house in Rathfarnham. This call was made late on a Friday evening on one of the hottest days this year. The original ball cock had completely failed and water was pouring out of the overflow, hence why it had to be done as an emergency plumbing call late on a Friday. There is always 4 or 5 new ball cocks in the van at any given time. As this is such a common job there will be a spare one on hand every time we get a call. 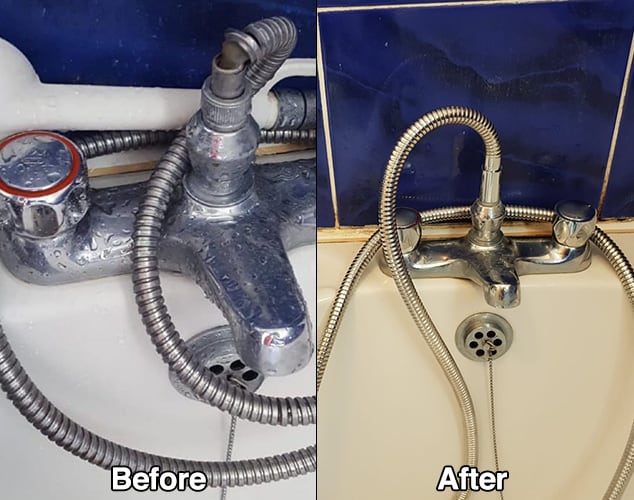 This old bath shower mixer tap in Blanchardstown had certainly seen better days. The hot tap could barely open and the cold tap constantly dripped. To make matters worse the shower hose was broken, leaking and unsightly. Time to get a new one you may think, but no, this tap was repairable. Once the diverter valve is still working a bath shower mixer tap can be repaired. A diverter valve is a lever that changes the flow of water from the bath tap to the shower head. The hot and cold tap spindles and heads were replaced, the old shower hose was removed and a new one installed. After those couple of small repairs, the bath tap worked as good as new. 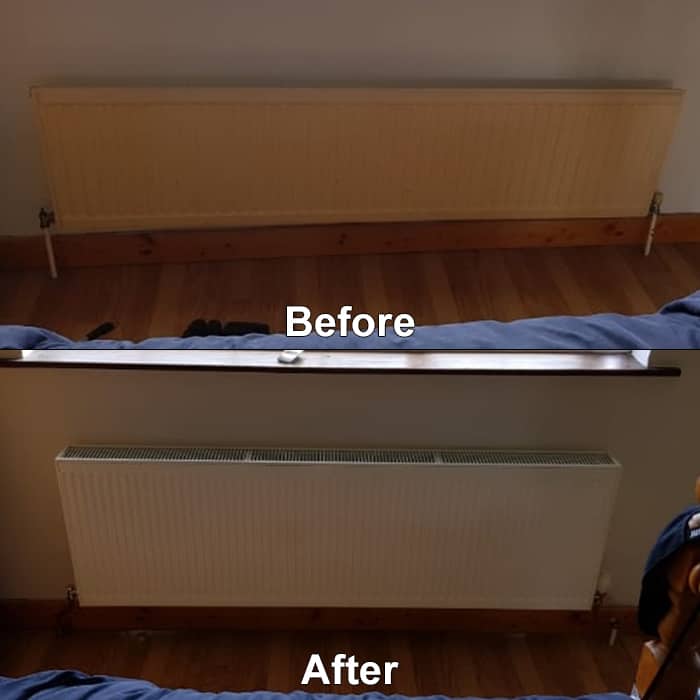 This old radiator in Clondalkin had gotten old and tired looking, the rad valves were hard to open and close, so it was decided it was time to get a new one. The original radiator was an odd size so the new one had to be a little smaller to fit between the pipes coming out of the laminate floor. Radiator pipework coming out of floors can be adjusted but because this bedroom floor was laminated it was decided to do any adjusting above floor level so as not to damage the floor.

Today’s modern rads are far more efficient than their older counterparts so when you are getting old rads replaced there is no need to have them as big as the originals, much smaller ones will work better than the older larger ones. The new rad installed in this house was fitted with thermostatic rad valves to control the heat in the bedroom more efficiently and effectively.