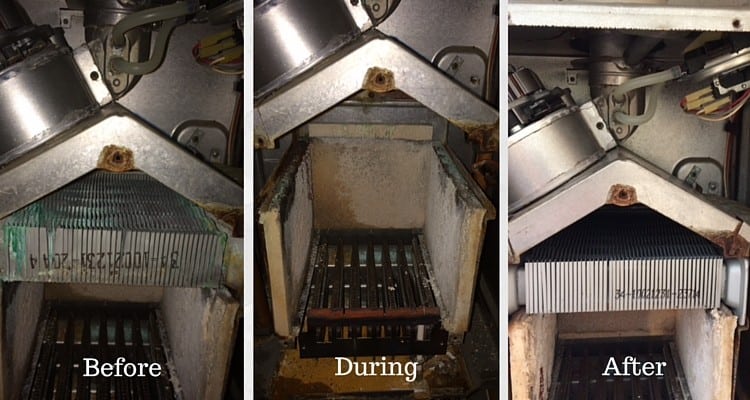 This week, the Dublin Area Plumbers team installed a balancing valve on a hot water cylinder and replaced a Triton T90 shower that burst its seals. 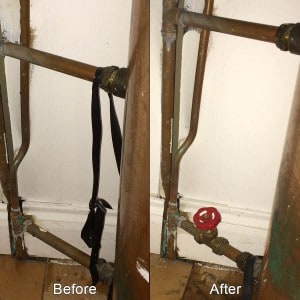 A radiator on a gas central heating system in a house in Blackrock South Dublin would not heat fully. We were told that the it never really worked properly ever since it was installed. The reason for this was because a balancing valve was never fit on the hot water cylinder during the initial heating system installation.

The problematic rad that wouldn’t heat properly suddenly sprung to life. For the first time since it was installed 15 years age it heated up to its full capacity. 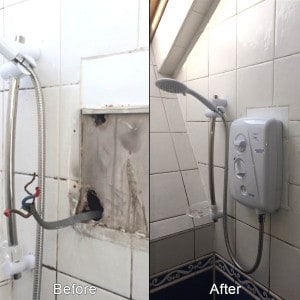 We got a call from a landlord to a house in Eastwall Dublin 3. An old Triton T90 shower burst its seals because a pump had been fitted to the water supply.

Triton T90s only work on gravity pressure and should never be connected to mains water or a pump like this one. After some water pressure testing we worked out that a Triton T80 was the correct shower for this installations. Triton T80s are mains fed showers, they require at least 8 litres of water per minute at 1 bar pressure.

The pump that had been fitted before we arrived gave us 10 litres per minute, which is perfect for a T80 but would burst every seal on a Triton T90. 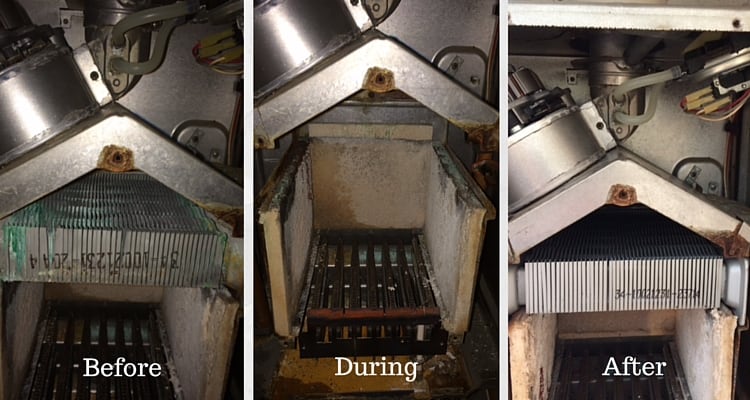 Gas boiler maintenance in Dublin is a very big part of our business. We got a call to a house in Balbriggan North County Dublin during the week to a gas boiler that kept cutting out after only a minute of making terrible banging noises.

There are a number of causes for this symptom called kettling. In this particular case the heat exchanger was blocked with lime scale build up. This meant that water was unable to circulate through the gas boiler and boiled over like a kettle causing banging sounds. We installed a new heat exchanger and got the gas boiler up and running perfectly once more.

Gas boiler maintenance in Dublin is one of our favourite things to do. There is great job satisfaction in getting a boiler going again and feeling rads heat up after a boiler has decided to pack up.

To save you from worrying if your plumber will be on time or will do an honest job for you, we give you the Dublin Area Plumbers guarantee. All your repairs and installations are guaranteed for 12 months. You can rely on quality workmanship conducted by qualified experienced heating engineers and plumbers (certified by RGI for gas work and OFTEC for oil work). Being friendly is a courtesy, but if you have a plumbing emergency in the middle of the night, service with a smile can make things just a little more bearable. For your added safety, all of our heating engineers and plumbers are uniformed and carry ID cards so you know exactly who is calling. If you need a plumber in a hurry, we are able to send one from one of multiple locations around Dublin and its surrounding areas. We can have a plumber with you within 1 hour of your call. Just another way Dublin Area Plumbers can help you with your plumbing and heating needs. Dublin Area Plumbers is an established and reputable plumbing and heating company with over 22 years experience and many repeat customers. For a list of our commercial customers see our client page. Our aim is to provide a second to none plumbing and heating service tailored to your specific needs and to be the company you would recommend to a friend, neighbour or business associate. Your home or place of business is important to you and you want a plumbing professional that respects it. Dublin Area Plumbers understands that you value cleanliness and tidiness. Our plumbers will leave your property clean and tidy when they finish, if you think they haven't we'll fix it free of charge.
Message
Call Now