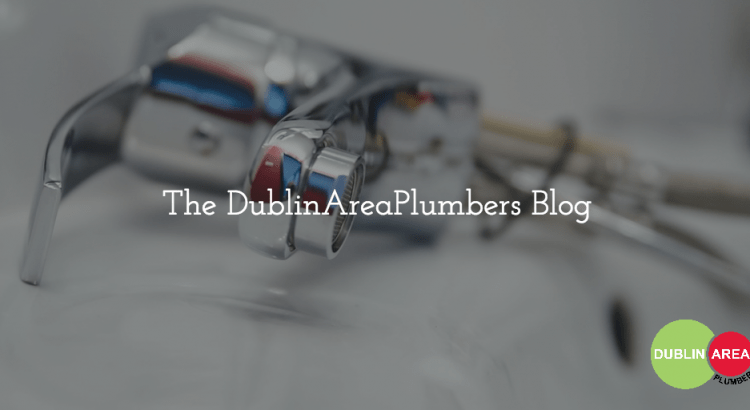 A look at some of the work carried out by Dublin Area Plumbers during the month September 2017. 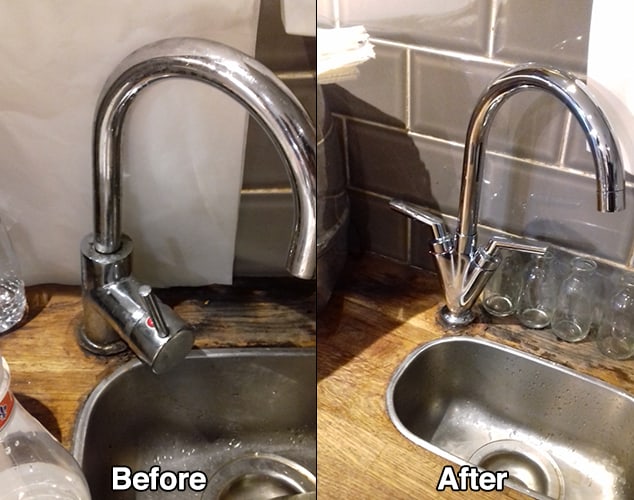 The original mixer tap on this job was in the higher end of the market as it was visible to customers in a coffee shop. The tap itself was working fine but it had gotten loose over time. Because it had gotten loose water was able to get through the mounting hole in the countertop and rusted the fixing bolts. The tap couldn’t be tightened as a result. The only option was to replace it. It was replaced with a fancy higher end of the market tap, as before, to keep the Café looking top notch. 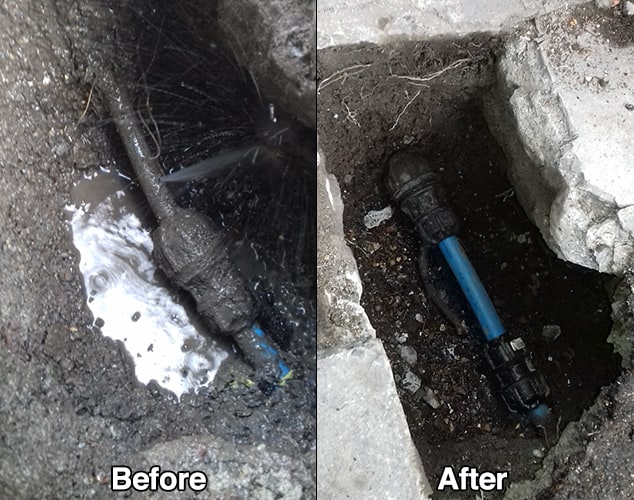 A man walked out his front gate one dry morning and found a large puddle on the ground, so he called Dublin Area Plumbers to investigate. A hole has to be dug just inside the gate and what was found was water spraying out of a lead water main. Fittings to repair lead water mains pipe are quite bulky so the hole had to be made large enough to accommodate the fittings a room for tools to work. A relatively easy fix but an awkward one. The hole was dug, the leak repaired and the hole filled back in again in about 3 hours. 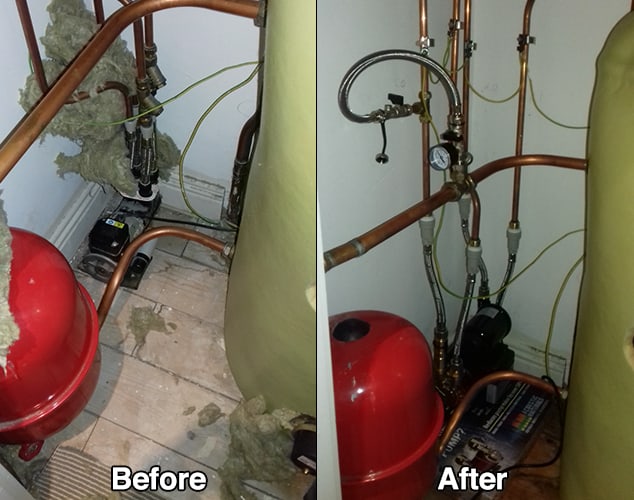 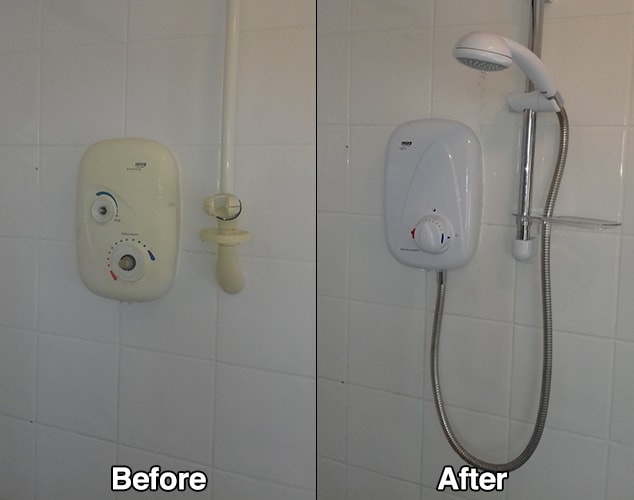 This electric pumped shower in Lusk just stopped working one day. Electric showers can be repaired but because this one was so old it was better to replace the whole shower unit. This is a pump only shower, which requires there to be plenty of hot water storage. Not to be confused with the Triton T 90, or the Mira Elite showers which heat as well as pump water.

These are only four examples of many more plumbing jobs carried out by Dublin Area Plumbers on a daly basis in and around the Dublin area. More examples every month.

One thought on “Work carried out by Dublin Area Plumbers”